But, among all the rarities of this place, I was much pleased with a sight of their anatomy-school, theatre, and repository adjoining, which is well furnished with natural curiosities; skeletons, from the whale and elephant to the fly and spider, which last is a very delicate piece of art …

Since the Middle Ages man has tried to catalogue the endless diversity of nature, to capture its enigmas and mysteries and thus make them accessible and understandable. Through the use of cabinets of curiosities and Wunderkammern, literally ‘chambers of wonder’, rare and curious works of art were often collected and combined with artworks formed by nature in elaborately arranged exhibition spaces. Wunderkammern were rich sources of inspiration for early scientists and formed the nucleus for many modern museums.

Inspired by these ‘chambers of wonder’, the Schemenkabinett focuses on nature’s dark secrets. We are captivated by the unique, the bizarre, and the morbid. In particular, as biologists, we are fascinated by the scientific basis of phenomena, which is sometimes only revealed by closer inspection.

The Schemenkabinett thus began in 2010. Our German-language blog, which was started in October 2012, covers various topics from myths and legends to scientific studies. Our blog also includes various exhibitions and museums which are our particular passion.
We hope that the topics presented in this blog will fascinate and intrigue you as much as they do us and we look forward to hearing your comments and suggestions (E-Mail contact: schemenkabinett@gmx.de). 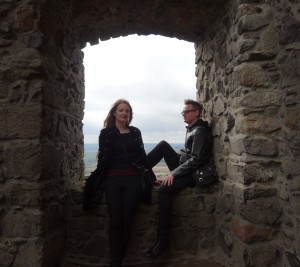